I can’t begin the express the admiration I have for Stephen King. Reading his novels have been some of the greatest reading pleasures of my life. When I ‘discovered’ him, I was blown away and I read every book of his that was available. And I was rarely disappointed. At least up until a point.Stephen [...] 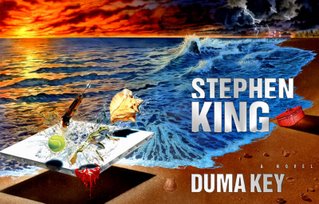 I can’t begin the express the admiration I have for Stephen King. Reading his novels have been some of the greatest reading pleasures of my life. When I ‘discovered’ him, I was blown away and I read every book of his that was available. And I was rarely disappointed. At least up until a point.

Stephen King’s 1985 novel, It, was a major event for me when it was released. I bought it in hardcover, which was unwise at that time of my life, and I devoured it in no time flat. After that…

Well, I still bought his hardbacks, but something seemed to change after it. I liked many of the books, but it seemed like something was….different. King attempted to get more ambitious with his fiction. And I admire the hell out of that. Sometimes he was very successful. Other times he was less than successful. At least to me.

But I never gave up on Stephen King and I always read his books as soon as they come out. Often I was quite satisfied, as with From a Buick 8, The Colorado Kid and Bag of Bones. As much as I loathe to say it, I couldn’t stand some of them.

Duma Key is the latest novel from Stephen King and I’ll waste no time in saying that it’s incredible. For those that might have forgotten how damned good a horror novelist King can be, I urge you to read it. And yes, Duma Key is pure horror. I haven’t been this blown away by a book of King’s since…well, damned near ever. Christine has been my favorite of his books for many years, and Duma Key might not quite take its place in my number one spot, but it’s close. Really close.

I won’t waste a lot of time detailing the plot of Duma Key. It’s surprises and secrets are too wonderful for me to spoil. But it opens with a successful construction contractor who suffers a near-fatal injury. He loses an arm, his hip is shattered and his head was badly hurt. Life, as he knows it, is over, yet he attempts to start over again in a mysteriously undeveloped piece of beachside real estate in Florida: Duma Key. As therapy he begins to draw and he is immediately overwhelmed by his passion, his obsession, with painting. He gradually learns that his work has a strange power. And when he meets his neighbors on the Key, an he is engulfed into a terrifying vortex of horror.

King does not write simple stories and Duma Key has various subtexts. Loss, recovery and the power of the creative process are examined in metaphoric detail, but those that simple want a great, scary story will be just as satisfied as those looking for deeper meaning.

Characters have always been one of King’s greatest strengths and the people in Duma Key are among his finest creations. We come to know them and eventually love them. And that’s when King tightens the screws on them and tears our own guts out in the process.

I love long novels and Duma Key is over 600 pages long. I also like short stories, but in a lengthy story, the author is able to really develop the characters and to weave a dense plot. The story here is brilliant and I don’t think any short piece of fiction can come close to having the kind of effect on a reader as Duma Key did upon me.

If you’ve been unhappy with King’s fiction in the last twenty years, as many individuals I know have been, I urge you, implore you, to read Duma Key. Not for me, not for King, but for you. It’s the best horror novel I’ve read in the last decade.