I’m not that old. Yes, I was born in 1961 and it’s a pretty sure bet that I’ve lived more than I’ll have yet to live in my life. I don’t think I’m over the hill yet. But I find myself being offended by most newer comedies that are intended for young people. Like any [...]

I’m not that old. Yes, I was born in 1961 and it’s a pretty sure bet that I’ve lived more than I’ll have yet to live in my life. I don’t think I’m over the hill yet. But I find myself being offended by most newer comedies that are intended for young people. Like any other old fart, I go on about the good old days, when quality went into movies.

For me, way too many comedies from the last decade or so rely way too much on over the top sexual situations, endless grossout situations and characters that are stereotypes. I call it going the cheap route. Forget character and drama and human emotion, give ‘em a gag a minute. That said, I enjoy the first three American Pie films, even though they go the low road of sickening situations and ridiculously exaggerated sexual exploits. At least the creators of these movies attempted to give us real characters, with a minimum of depth and individuality. They aren’t classics, but I enjoy them. 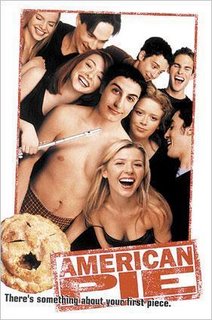 Last night I watched an example of everything that doesn’t work for me in a comedy. Broken Lizard’s Club Dread is a slasher parody that takes place on a tropical paradise of an island. Nonstop hijinks occur. You know the drill by now: Unbelievably obnoxious characters, ridiculous cultural stereotypes and desperate attempts to get a laugh in every single frame of the film. So much so that I found it tiresome to sit through. I’ll admit that Bill Paxton (one of my favorite actors) was funny as a Jimmy Buffet-inspired aging rocker, but that shtick grew old rather quickly. The gore scenes were actually pretty good, especially one wince-inducing moment when an oversexed camper reaches for something to hold onto at the edge of a cliff and she grabs a knife. Her hand slides down it as she falls to her doom. Ouch.

Yes, I’m a fan of slasher films and I do realize that most of them are fairly weak in the character department. But the betters ones at least portray young people in a somewhat realistic fashion. How can you give a shit when some obnoxious prick or an airheaded bimbo gets greased?

Does the problem lie within myself? Am I too old and uncool to get the new types of youthful comedy? Maybe. However, I look back at movies I loved and continue to love today. Meatballs for instance. Yes, it’s a juvenile camp movie, with sex jokes galore. Yet Meatballs has a lot of good things in it. The real themes are friendship, perseverance and a sense of fair play. It also demonstrates the importance of making sure there is fun and lunacy in our lives. Or the classic John Hughes movies. But I’ve gone into my love of those movies before here at the Drive In. 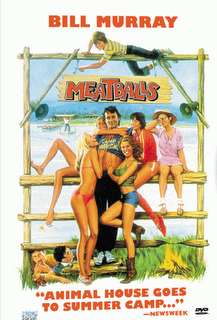 I was a bit disturbed about the notion that I was getting out of touch. I mean, I love John Waters and all manner of trashy flicks. But that’s old school stuff. Is it even relevant today?

Then I thought back some more. I remembered some movies from my generation that I absolutely abhorred. Tripe like Airplane! and Police Academy display the same kind of throw-in-everything-including-the-kitchen-sink techniques that Club Dread and its ilk use. I guess those movies were prototypes of things to come.

In my opinion, comedy is much more effective if the viewer has time to relax between the jokes. Trying to exhaust us into laughing every second ruins the effect. Things are funnier when they are derived from real life, not from some gross exaggeration of reality.

When I think that I might be getting over the hill, I remind myself that I like Eli Roth movies and if that’s not a sign of immaturity, I don’t know what is. 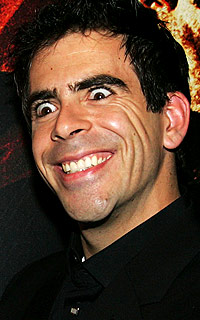